It’s time to find out which team will win the tournament! 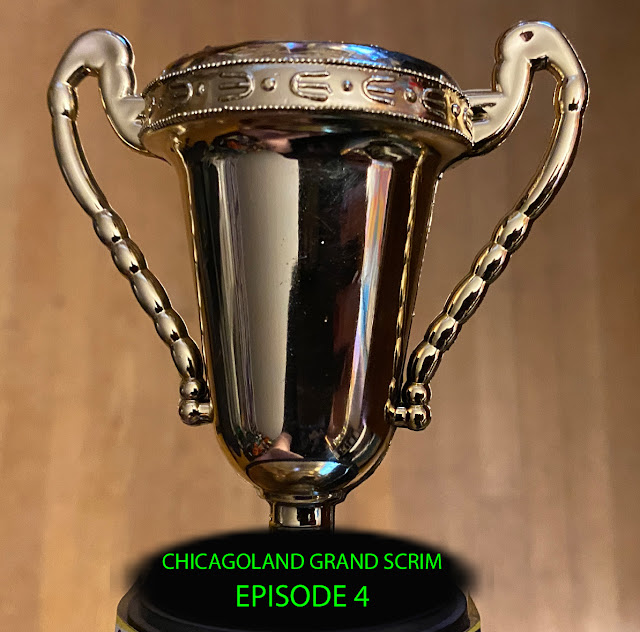 If you’ve been following this series and want to find out how the Chicagoland Grand Scrim turns out then please enjoy episode four, the final episode and conclusion of this laser tag audio drama production…


I’ve been delighted to voice the part of color commentator Renee Roccasalva and thank the author/creator of the series Daniel Leach (aka MamaHydra) and Tiana Daniels for being so great to work with. Also, shout out to Anagram Sound for the excellent audio production work! 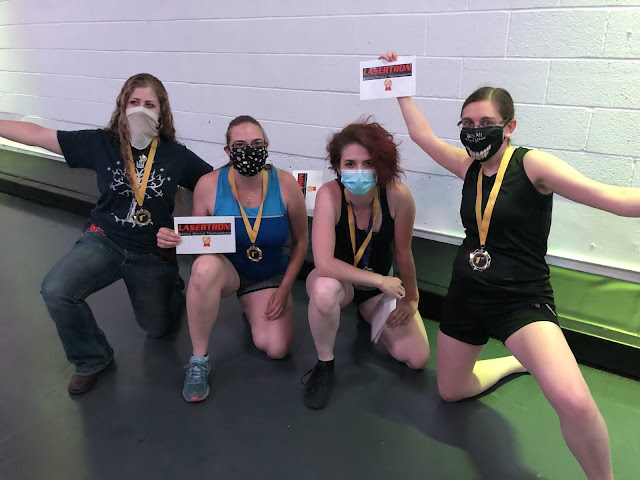 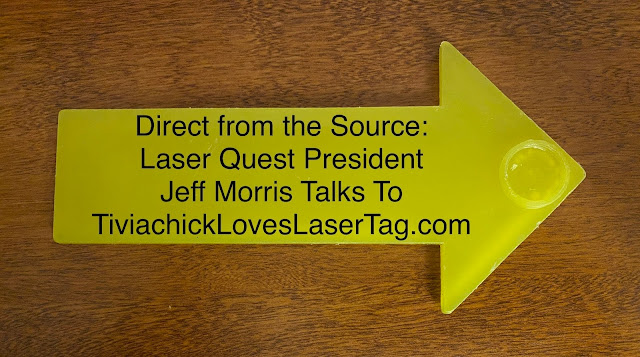 Update: I have confirmed this with my own eyes and with a former staff member. Goodbye Zero Gravity. 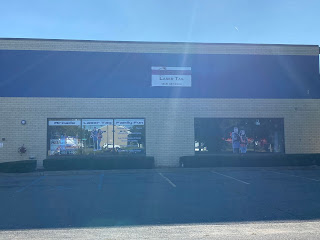 This has been a VERY hard week. Although I’m not going to peel back every layer of the onion regarding what’s been happening, I am going to share the one part of it all that I think is probably relatable to a lot of laser tag players right now who are unable to play because either their local arenas are temporarily closed or…(sigh) permanently closed.

I didn’t write about this immediately because it’s tough to know what is really “permanent” in the middle of all this uncertainty, but from all indicators and according to what I see on Google it appears that my home Zone arena, Zero Gravity, has indeed closed down for good. The removal of their FB page further reinforces that this is likely correct. This really hits me hard right now because, after the week I have had, what I really need most right now is to have someplace to go and tag out all my frustrations and I simply don’t have a place to go and do that right now. And this is now the second time that I have had to look back on the last night I had at one of my favorite spots and shake my head at the fact that I had no clue it was the last time. 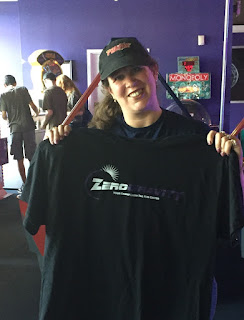 If only my birthday had fallen on a Thursday I would have gotten one more opportunity to play there. You see, my birthday was in early March and all I wanted to do was play tag and go out for sushi. Every time I played at ZG I would also go out to Sushi X in Latham for dinner because they have THE BEST all you can eat sushi menu in the capital district. But this year my birthday fell early in the week when both places were closed, so I settled for eating at a lesser sushi restaurant and playing laser tag at a bowling alley instead. Then two weeks later COVID shut down the country and I never got the chance to play at Zero Gravity again.

Even though at the time I didn’t know it was my last night there, a couple of weeks prior to that birthday evening I do remember going out to ZG on the weekend and having a killer night of laser tag and driving home feeling very happy. I’m grateful that at least I have that as my last memory of this arena where I have played regularly for over five years. In fact, I am lucky to have many wonderful memories of Zero Gravity, so let me take a moment to reminisce with you and say a proper goodbye to one of my favorite laser tag arenas as I reflect on some wonderful memories from the many nights I spent there. I’ll always remember the smell of the briefing room and the vortex gate opening into the vesting room. 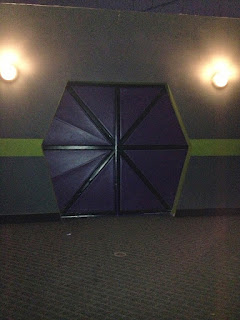 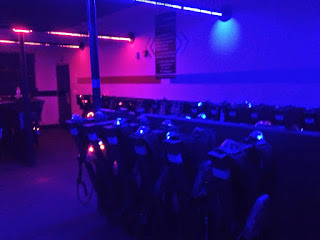 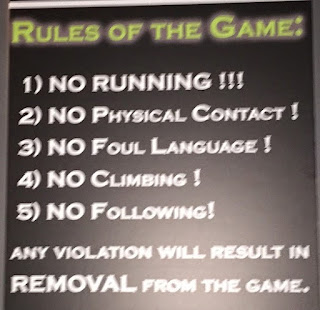 My very favorite memory was starting a huge weekend-long party with friends who were visiting from all over the country and going out to play for what would be the very last time on the Infusion system about one week before they upgraded to Helios Pro. Big thanks to Mike for making sure we had a party room available to hang out in for our official pre-event gathering! 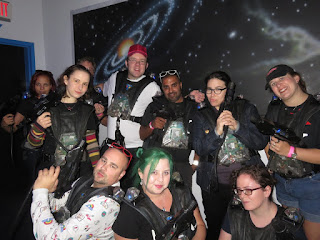 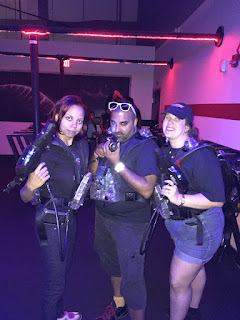 This is where I taught my mother how to play laser tag (her first and only time doing so). 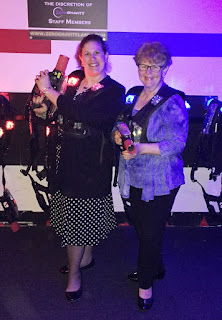 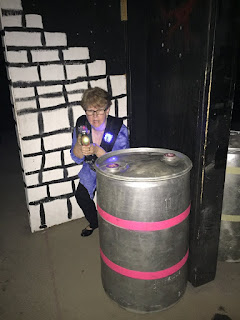 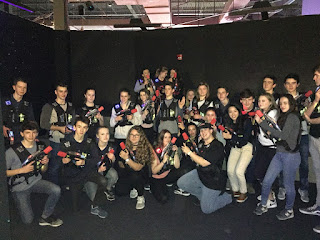 I had a blast tagging with the Royal Rangers. 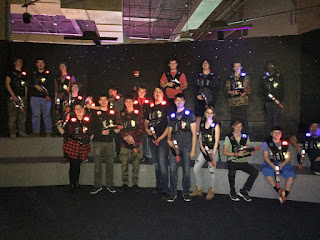 Big thanks to Donnie for hooking me up with the very first ZG membership card slightly before they were officially available to the public. 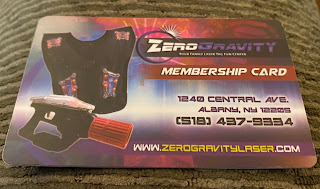 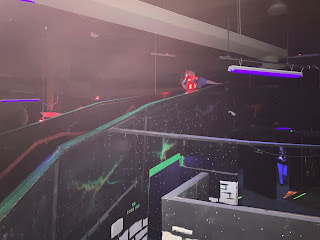 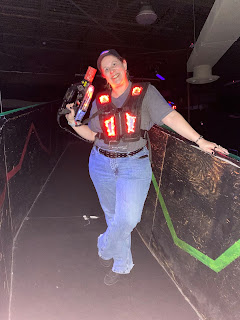 ZG was my first stop just after I got my new phone in February and I tested it out by taking some arena photos, so I can share with you what this 5000 square foot arena really looked like. 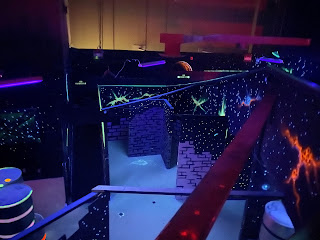 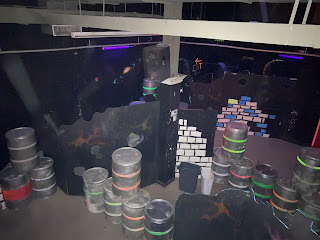 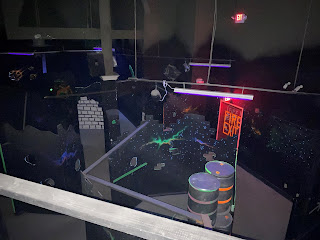 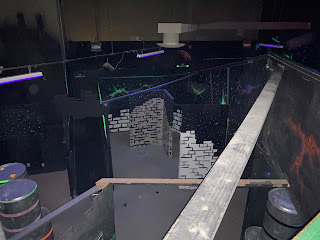 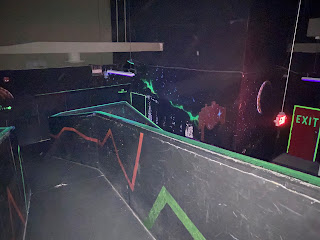 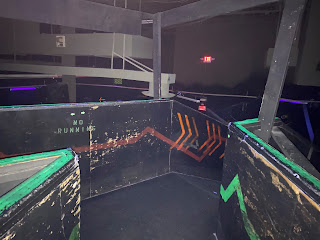 And if memory serves me correctly this may have been the very first laser tag shirt I ever acquired, starting out what would become a pretty massive tag t-shirt collection! 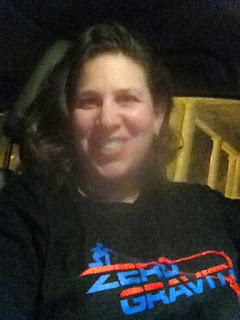 I want to thank Donnie, Mike, Samantha, Josh, Justin, Brendan and all the others who were part of making this place so special for all of us who got to play there over the years. Reminiscing about it is bittersweet. Perhaps it’s just as well that I didn’t know that my last time there was really my last time because my memories can still stay in a “perfect bubble”. Goodbye Zero Gravity.

Yesterday I took a different approach by deliberately going back to say goodbye to my childhood home. The house I grew up in will likely be sold by the end of today and, so long as I’m already walking down memory lane, let me throw in a couple of pics of my childhood bedroom (where I social distanced myself LONG before it was a thing) and the view out my window to the lake, which I have just visited KNOWING it was for the very last time…which is a whole other kind of bittersweet. 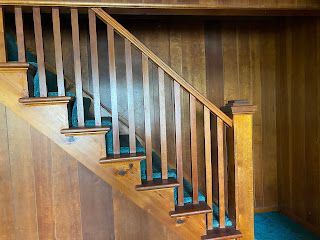 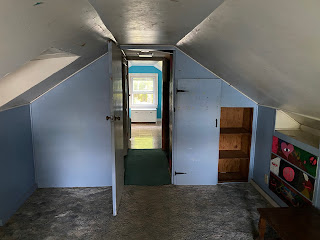 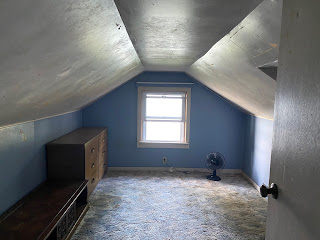 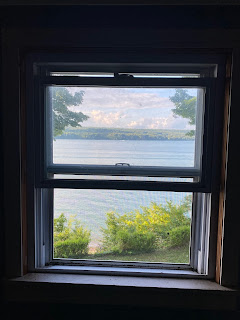 So, to both of these places that I considered my “home” in different ways, I fondly reminisce about all the good times now that I am here in a new world having to say goodbye.

Join me in recognizing some amazing laser tag arenas with a fun contest to showcase a few really impressive locations! Please cast your vote!

“Tiviachick’s Top Ten” laser tag arenas are all locations where I have personally played and each was selected for being particularly impressive in their respective category. To see which arenas were chosen and cast your vote please visit https://www.tiviachickloveslasertag.com/tiviachick-top-ten-contest.

You can also view photos of each of the top arenas to help you pick your favorite!

There is an opportunity for ANY laser tag to be chosen as our People’s Choice favorite. Just type your vote on the ballot for your favorite laser tag arena. The People’s Choice favorite will be the arena which receives the most write-in votes. Contest runs 8/1-8/31/20. Votes will be accepted by entry form located at www.tiviachickloveslasertag.com with one vote for each category and limited to one vote per email address.

Please feel free to share this to build excitement and participation. Keep in mind, this is JUST FOR FUN! What do the winners get? Essentially, bragging rights. And maybe a little bit of publicity. For being chosen as a “Tiviachick’s Top Ten” laser tag arena the selected locations will receive a certificate of recognition at the end. Based on the votes, the top three winners in each category will receive awards of placement. I just want this to be a way to give a nice shout out to some arenas where I have personally enjoyed playing during my travels and found them to be particularly memorable and worthy of sharing. Have fun and please vote!