This past weekend I completed another 5K challenge while playing my final games of laser tag for the year, which seemed like a fitting way to close things out while setting the stage for things I hope to do next year...although finishing my 20 miles in 20 days dumpster fire challenge to bid farewell to 2020 certainly seems apropos in its own way too! 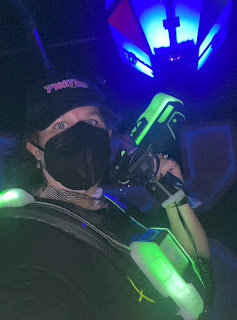 As we look back on 2020 it would be easy to just lament all the things we couldn’t do this year, but I want to take a moment to appreciate the things that I actually DID get to do this year. And in retrospect I am grateful that there were still plenty of good memories for me to reminisce about this time around. Here is my top ten list of laser tag highlights from 2020.

Tagging in several tournaments in support of worthwhile causes. I was proud to play with Team NYMO and take first place at the Code Yellow Tournament for Whitney in memory of a brave little girl’s battle with Diffuse Intrinsic Pontine Glioma (DIPG), a rare type of brain cancer that usually affects children. I also had a great time tagging in support of scholarships for Kids Chance of Arkansas and bringing home the Hot Shot award. 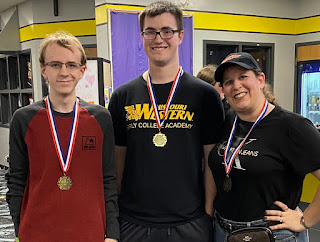 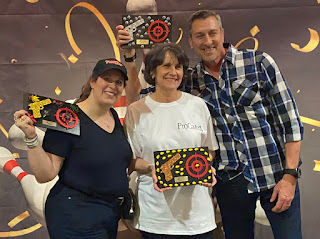 2. Playing the final game at LQ Phoenix prior to the lockdown in support of the Doreen Katz Memorial Cancer Foundation. This night meant so much, particularly with the benefit of hindsight. Great fun, food and friends. I could not have asked for a better final night at Laser Quest, although there was no way to know then just how final it really was. You see, this event was held on the evening of Sunday, March 15th and the very next day the decision was made to close all the Laser Quest locations in America for what we hoped would be the short term. Unfortunately, most LQs never opened their doors again and now looking back on that night is bittersweet. 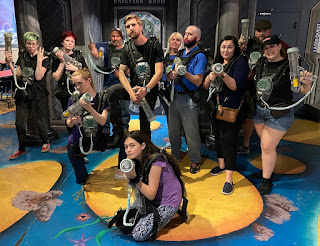 Interviewing Laser Storm founder Bob Cooney on the 30th anniversary of his system. This interview took place actually 30 years to the day (nearly) as the interview happened on March 11th and March 12, 1990 is the date that Laser Storm was established. Such uncanny timing! 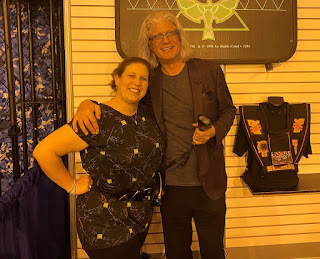 Winning the very first Laser Trooper tournament to ever take place in the U.S. Considering there is only one site in the whole country where this particular system is played this is a rare piece of laser tag history that I am honored to claim. Simply getting myself to the tournament at all was quite a challenge because bad weather on the east coast caused many flight cancellations and I ended up renting a car and driving over 16 hours in order to get there in time. Worth it for the experience, and even more so when I saw the custom trophy they had made for me after the event! 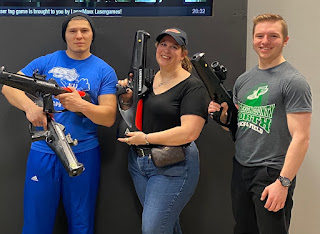 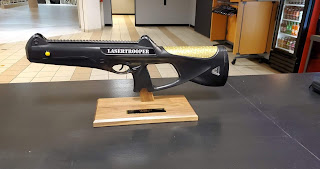 Attending the laser tag Convention and Amusement expo in New Orleans. Honestly, if I had known what was to come I would have shown up a day early to get the proper “convention” experience, but being given press access because of my blog, having my photo appear in RePlay Magazine and spending a couple of days with great friends (culminating in a VERY memorable game of laser tag in Metairie) made this show such a wonderful experience. 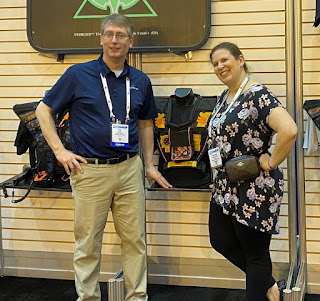 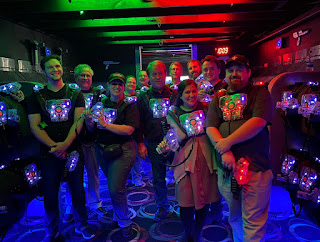 Launching the first Tiviachick’s Tag 4 A Cause Laser Tag 5K Challenge To raise money for pancreatic cancer research. This was the start of something I hope to grow in 2021. Timing may not have been ideal, but the concept is one I am excited about building on and I thank all who contributed to helping a cause that hits very close to home with my family. 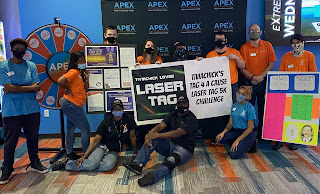 Hosting Tiviachick’s Top Ten Laser Tag Arena contest to spark some positivity and appreciation for the laser tag industry while spotlighting some really impressive arenas. Every arena got votes from their fans and votes were received from across 21 states and five countries. 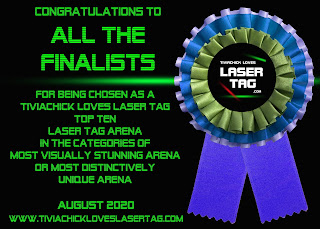 Having a rare opportunity to play Cybertag by Laserwar for the very first time. When laser tag first started to open up again in my state the first place I went to play was a small site that had only just opened up three weeks before everything had to shut down. What a way to start out in business! But the first week they re-opened I was there to try out a system I had never played before and call this a VERY unique way to return to laser tag. 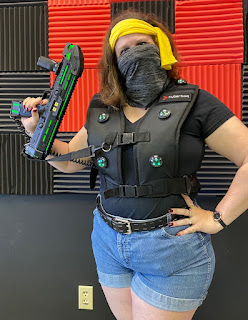 Receiving a couple of Zone V3 packs from Australia to add to my collection with thanks to a friend in the land down under. I have been lucky to acquire some rarities, but swapping souvenirs from across the globe is really something remarkable and speaks to what a big family the laser tag community really is! 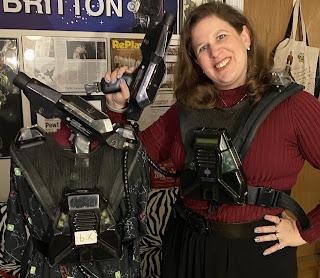 Adding my voice to recording a four-part audio drama following the “live action” of a mock LQ tournament from the viewpoint of a sports commentator. I played the part of color commentator Renee Roccasalva along with Daniel “MamaHydra” Leach and Tiana Daniels and amazingly with some microphone coordination and the remote help of Anagram Sound we were able to share the laser tag experience vicariously, even when nobody was actually able to play. I am honored to have been part of this project. 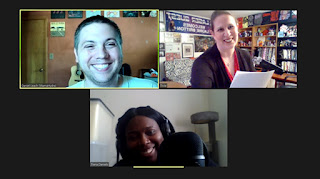 Honorable mention - Although not specifically laser tag related, my tag travels did take me off the beaten path to a really memorable experience in Tucson, AZ.  In between tag locations I had the chance to tour the Tanque Verde Ranch where they filmed Hey Dude, one of my favorite television shows from when I was young. Believe it or not, the main set buildings are still standing 30 years later in a remote part of the ranch out in the middle of the desert. I am so thankful that the staff of the ranch were kind enough to allow me to tour the remnants of something that I have incredibly fond memories of from my childhood. This was just a little icing on the cake in retrospect. 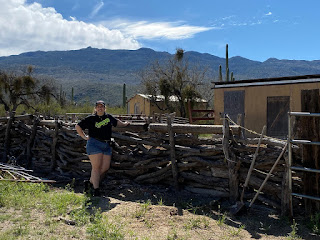 So even though 2020 did not turn out anything like what we expected at the beginning of the year, I am still extraordinarily thankful for all the things that did take place before and during the navigation of such a challenging year.