I have been a slacker with my blogging lately, so I am just going to give you a really short synopsis of what I've been up to that I didn't write about before.

The weekend that all the big state pageants were streaming I was out tagging. First I visited a friend in Rochester and reminded myself why I dislike Tron so much. It's a little bit like eating your vegetables...not as good as the chocolate cake that is Zone, but it's good for me and something I know I need to practice.

Then I made my first appearance in quite a while over at the Force center. I spent a good chunk of the night watching the streaming videos on my phone and only playing sporadically, but by the last game of the night when there were only a few players remaining an opportunity presented. One of those guys asked to play something different. They wanted to play a game that they had never played before. If you know me at all you can anticipate that I suggested "How about Photon?" While the game master groaned the guys were on board. Now this emulation game was about as much like real Photon as pita bread is like a chocolate chip cookie, but hey, I'll take the game however I can because normally nobody ever plays Force Photon with me! :) 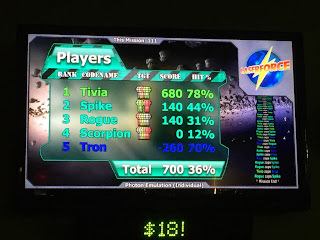 I would have played over the Fourth of July weekend except our area got hit with flash floods that washed out many of the roads between my house and Syracuse. Instead I  got a bit of a unique experience at a paintball shoot on Monday. Lesson learned: lasers shoot straight...paintballs do NOT! :) And yet somehow I still managed to hit the target and ring the bell a few times. 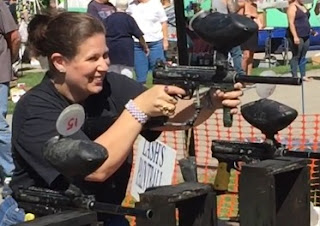 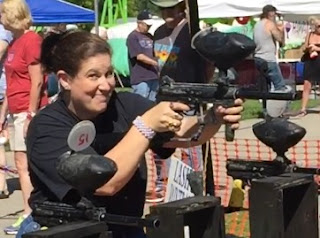 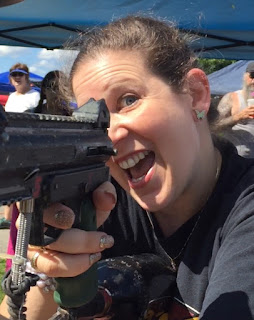 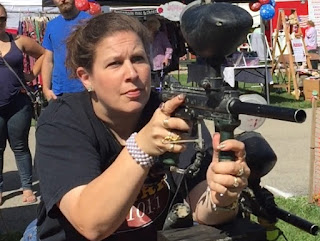 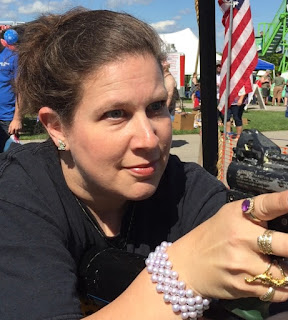 I had to wait until later in the week to go play some Helios Pro out in Albany. I went in to grab a vest and tapped my membership card against the sensor. It started flashing the way it should, but memberships have not exactly been fully implemented there so Ben came over and asked what was going on with my vest. When I said I was signed in he was surprised saying "You have a membership card? WE don't even have memberships ourselves yet." So thanks Donnie for the advance hook-up with that card that is for now still a rare item to put Tivia's name up on the board.

And that night just as I was arriving home I got the news that the TagDaPlanet tournament scheduled for August is not going to happen after all. Sigh...a momentary disappointment, but like I wrote about in a previous post, you can't accept reasons not to tag...even I have to JUST PLAY! So I found a suitable tournament option to pursue instead. The only catch is it's going to play using CyberBlast. So, I guess now it's time to find a place to practice some Blast. :)