Laser Storm Out In The Wild

This post is appropriately titled because my visit to Michael's Fun World in Davenport, Iowa was my first time playing Laser Storm in an actual Storm arena. Up until now I have only ever played Storm when it the system was brought in and set up for 'geddon tournaments using Logan's packs inside of whatever the arena of the day happened to be. That means that I can count on one hand the number of times I've actually gotten to play this system, so it was really cool to play in an arena that was intended for it.

The first thing that stuck out to me were the vests. When I walked into the briefing room and saw these packs I was dumbfounded because they looked like some kind of Storm/Q-Zar hybrid unlike any that I had seen before, either in person or online. 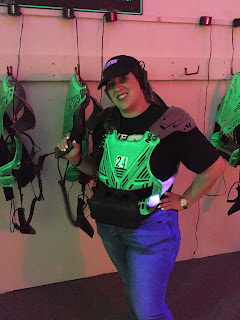 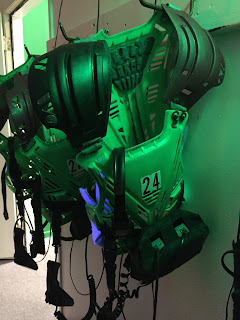 I wondered if they were customized because they looked so unusual. I'm sure the guys at this center were surprised by how fascinated I was by their packs. 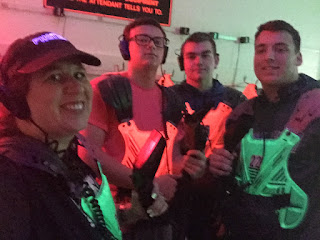 What it seems to be was that these were probably from the time when Storm packs were sold on fannypack-like belts as apparently some centers did come up with their own vests to attach the packs. It looks like that might have been the case here.

We headed into the arena which was constructed with large plastic tubing. 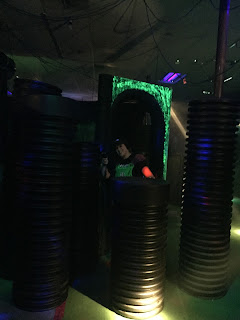 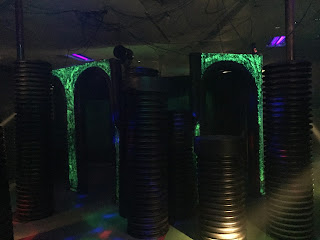 The bases hung from the ceiling in cone structures so you would have to shoot up into them to deactivate. There were two recharge stations on each side of the arena that sort of resembled gas station pumps. 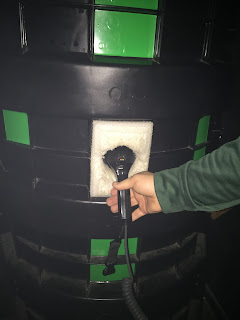 I played against some of the employees and a few public players who jumped into the game while I was busy taking pictures. Because I've only played at 'geddons I have no concept of how typical these scores are, but I do know that I won the top score and I was flattered when one of the employees on my team commented after the round that "yeah, she carried us." So here is how my first game of public Laser Storm played out. 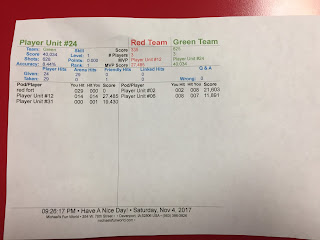 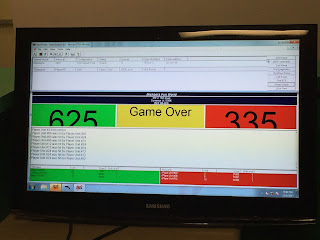 Actually, if anything this makes me think I need an explanation of the scoring...but since I play this so rarely I guess I'll just hold onto my questions until Snowmageddon. :)

If I lived near this center I do believe I would play Storm all the time...especially at these prices! 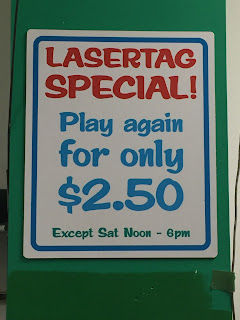 I had a great time at Michael's and give a shout out to the staff members who I got to talk tag with while I was there. 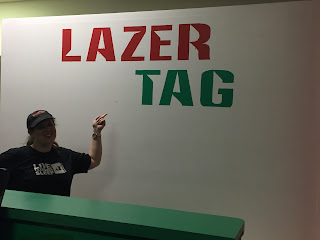 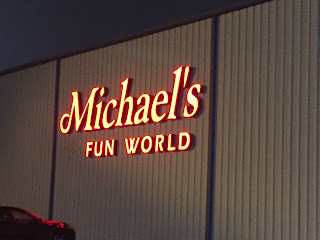