There's got to be some kind of insanity that comes over me when I compete in a tournament and as soon as I get a break the first thing I do is run to another laser tag facility to play more! This is what I have done at each of my last two tournaments and it happened again in Indiana. I woke up around 2:30 in the afternoon after having played all night long in the tournament. None of my teammates were feeling up to going anywhere (we still had a full evening in front of us) so I explored Fort Wayne on my own. I had some incredible sushi from a place called Asakusa. Then I decided to go play a little Delta Strike at Crazy Pinz. 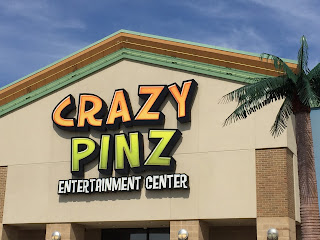 When you walk into the briefing room you have to watch a captain character (Captain Tag they call him) explain the rules and then you go out into the arena that looks like a pirate ship. 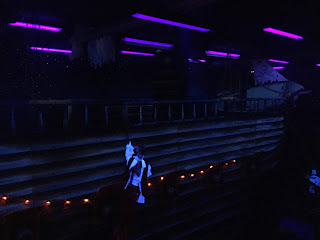 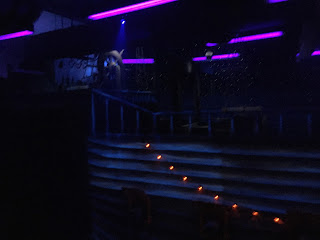 These elements make you take it a lot less seriously. This would be more suited to kids and families, however I did enjoy the game. Something interesting about this place is that they spin a wheel to see what format you will play (one shot, three shot, free for all or Zombies (which is the same as Infection). We got to play a three shot game. I do like that I've gotten to play several formats of Delta Strike during the limited occasions when I've been able to experience the system. 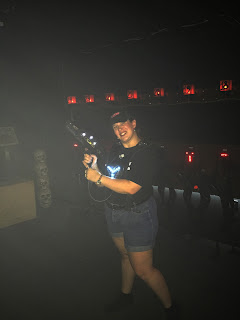 At the end I had to pick up a t-shirt. 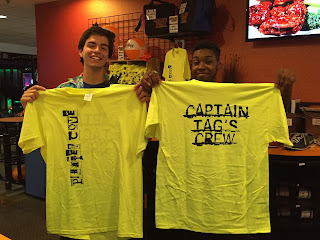 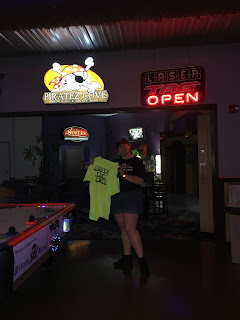