Missouri - Part Two: "And the award for the best briefing video goes to..."

When I arrived at Adrenaline Zone in St. Charles, MO a group had just been taken in for a briefing session, so they whisked me back to get in on this game with a group of teenage players. I walked in and saw the briefing video in progress. O-M-G, this is the BEST briefing video I have ever seen! First of all, the briefing room was unlike any that I have ever been in before (and I've been in a lot). The room was set up like a control station at a power plant, complete with a "live" (read mechanical) technician named "Liza Tag"...too clever. :) 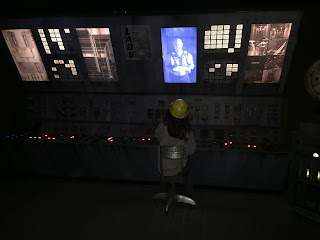 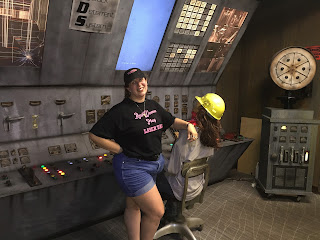 See the guy on the screen? He's an actor who delivered the briefing as "mission instructions" before sending us into the power plant. They apparently won an award for best briefing video from the ILTA a few years back and that recognition was definitely deserved. It was absolutely fantastic and reminded me of a mash-up between a cool Zone arena and a themed escape room. The entire arena was decked out in the power plant theme. And there were other characters to be found (courtesy of a talented haunted house designer) including the poor guy who gets shocked by a power surge...meet Cliff Hanger. 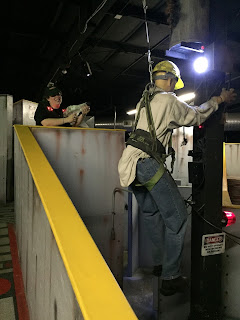 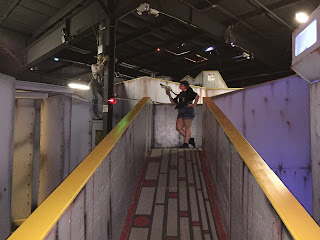 I enjoyed playing a couple of games with some local young women. The Nexus Pro packs played a very smooth game...where was someone to appreciate my accuracy? 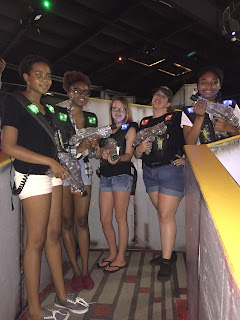 The manager, Dawn, shared a wealth of information about this one of a kind arena designed by Zone. 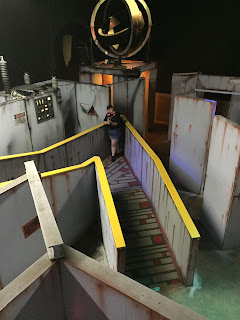 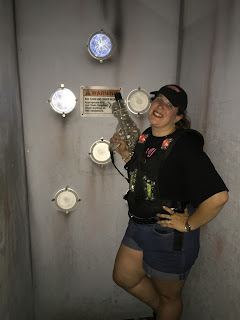 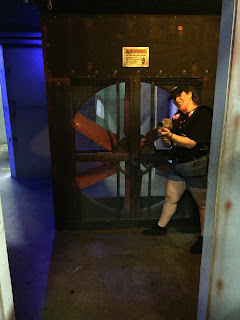 And I was impressed with their merch as well...more tag swag! 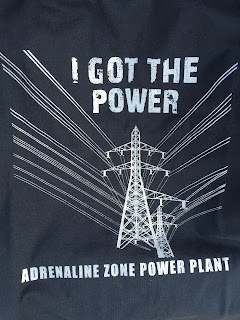 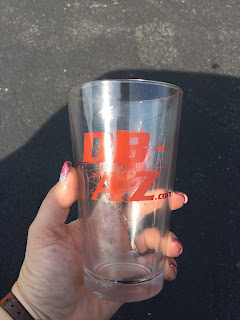 I've got to say, this was one of the most creative atmospheres and I like very much that they cater to a slightly older clientele. This was not kiddie laser tag. This was a really unique arena and experience from start to finish. Loved it!