I first heard about this tournament at Arena 51 on literally the same day that we found out that another tournament was being cancelled, so I thought this could be an ideal substitution. The tournament site is located halfway between Syracuse and my Ft. Wayne tag family so it seemed like an excellent midpoint for a visit and some competition. However, the Ascendance teammates I hoped would be playing the event with me couldn't work it out to travel during the week so I headed to this event solo, assured in advance that I would connect with a team when I got there.

Upon my arrival I met my new team (Team Genesis) and joined up with John, Darion and Casey. I want to thank them for being solid players and great company during this event. 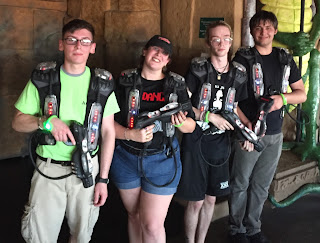 The first game was a bit of an upset as the team I perceived to be the front runners took second (we were not playing until the next match at this point). That was the point where I felt this could turn into an interesting night. :)

This was a four man/three team format and we successfully strategized taking the bases in pairs to start. 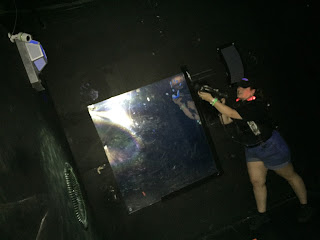 Once everyone had their bases it was on! 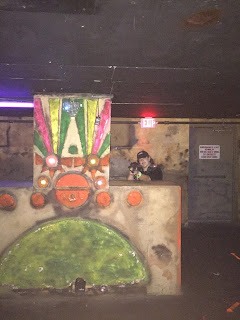 We played hard and I was really blown away by the level of abilities the members at this site demonstrated. And although Cyber Blast is not a system I play very much I felt really energized while I was in the arena. The games flew by quickly and everyone was playing full out. Lots of heart in the performance we saw playing out. 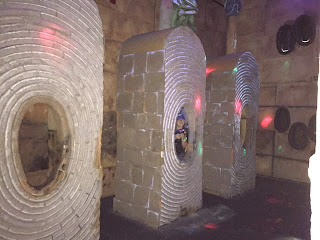 During the course of the two days I was there just about everyone said to me "oh, you're the girl from New York". A game master told me that when he heard someone was driving in from New York he was concerned that the members there would pound on me and instead he was pleasantly surprised that I could hold my own in the arena (I'm paraphrasing). So I've got to thank my home state GMs for the great prep I got over the last few weeks to get up to speed with this system. 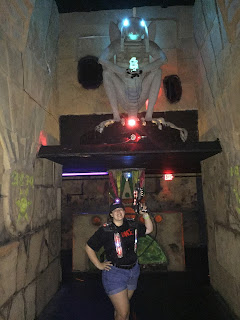 We ended up pulling third place just behind two teams with a few players that have some pretty impressive rankings in the world of Cyber Blast membership. Special shout out to other John, Tom, Anton and Brit who were exceptional competitors. And congrats to Team Dragon Army for their victory.

Ok, we didn't take home the trophy this time, but they gave us some tag swag for the placement and it was a really good time overall. 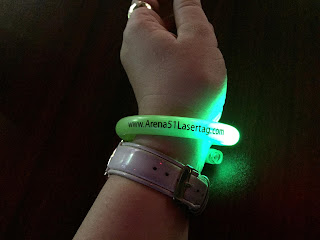 And I picked up a couple other souvenirs too. 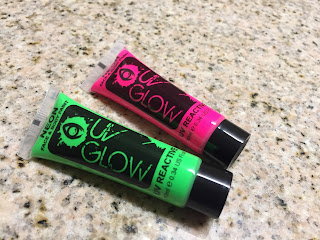 Kudos to Jim, Rob, Rhianna, Ray (and any of the managers/organizers I may have missed) for a smooth and enjoyable event. I would definitely love to return to this site. 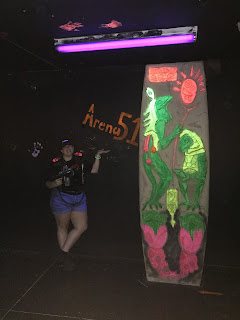 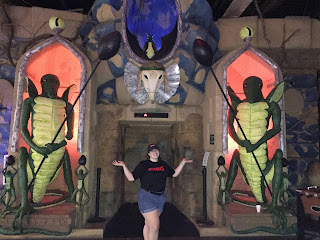 Thanks and congratulations to all the teams and competitors who made this a worthwhile and fun tournament experience!