Closing Out the End of the Season

This weekend marks the end of the season for tactical outdoor tag at Peterpaul Recreation Park in Rome, so I wanted to return for one last night before it was over until next year. I really couldn’t have asked for a better Saturday evening, tagging outside in the cool night air. We had a full capacity group of 20 players for the first half of the night and the rest of us played right up until closing time. 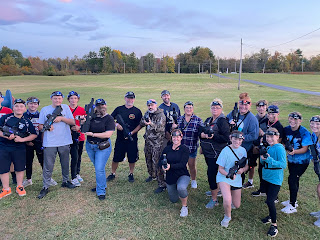 Sean Jr. had my Battle Rifle Pro loaded up with my Call Sign account before I even signed in, so I was ready to go! 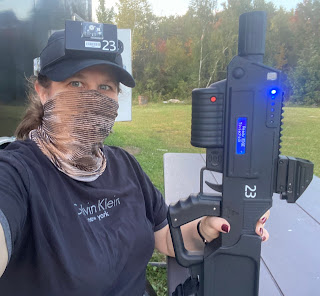 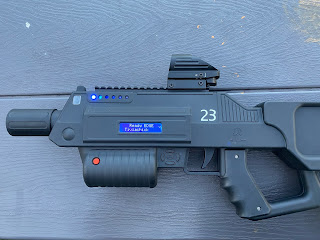 And it really is a lot more fun getting to play with a group of this size, which is also entirely reasonable to accommodate with such a large outdoor field. We got in six games playing mostly rounds of Team Deathmatch, but also some King of the Hill added in for variety. The blue team was on fire and I felt like everything was gelling for me personally. I took Top Gun several times throughout the night, leveling up on my Call Sign account and really just giving me a nice confidence boost as well since I sometimes question my tactical skills. One game in particular everything really came together for me and I was both MVP and Top Gun with 59 kills (which is Battle Company’s terminology, but a semantic distinction that represents more than 59 tags since a player must be tagged several times to deplete their energy and equal one “kill”). 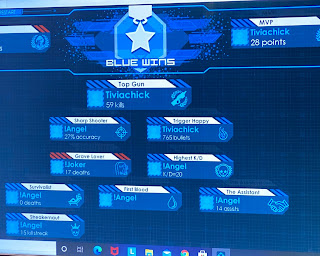 One of my teammates asked me how I was able to get 59 kills and another teammate responded to him saying that he could hear my phaser was “talking to me” as I was getting it done. That’s true. Although it’s been awhile since I’ve gotten to play in an arena where a phaser would call me a “Zone god” this one almost made up for it by announcing my success with the following…"Kill-tacular, Kill-trocity, Kill-ionaire" and my personal favorite "Kill-imanjaro". So…yeah, it was a good night.

I personally find playing at night with this system to be far preferable to playing during the day because the lights really stand out so much more, providing a much clearer point for targeting the sensors. I was aiming at any red light I saw…and I’ll admit that even included a couple of car tail lights as vehicles were leaving the park, lol. But the feeling of being out in the fresh, cool night air playing an exciting game with a really terrific group was the perfect way to end the season. Well, that and also taking home a t-shirt. 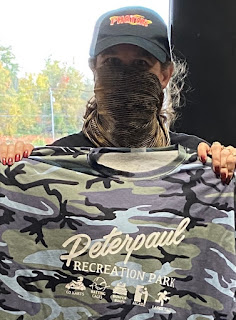 By the end of the night I really felt like I earned the badge on the shoulder of this shirt. 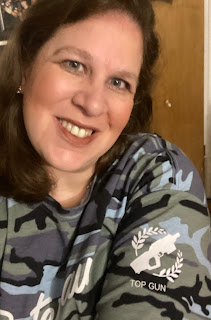 And even though this is the end of the season here for now, I cannot wait to return for more outdoor laser tag on this same field next year.