All I Want is a T-Shirt

t was early on a Saturday evening when I arrived at Advanced Laser Tag in Olathe, Kansas. This was on my list because it was a Laserforce site…and coincidentally I went in wearing my new t-shirt from the Warehouse with Laserforce in bright orange letters across the front. As I’ve mentioned before, I like tag swag.


When I walked up to the front counter I was told that there was nobody there for laser tag at the moment and that there were no groups scheduled, so they couldn’t guarantee any more games would happen this night. Well, to my mind it was a little too early to be giving up on the night. I asked about playing against an employee and at first my request was refused until I explained what I was doing in Kansas and then a staff member stepped up to play. While paying for my game I asked if they had any t-shirts or tag merch for sale. They found a t-shirt in my size and I said it was perfect and I would like to purchase it after the game. I’m going to omit the rest of the shirt story and just say thank you to the employee who hooked me up with a souvenir. :) 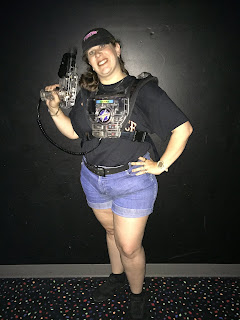 They run Gen 6 packs at this site and during the game I got a decent chance to look around the arena. It had a nice two-level structure, minimalistic in aesthetic with all black walls with neon accents on the edges. 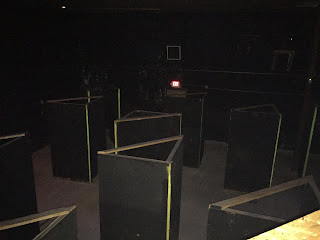 There were several bases on the lower level. I was unable to sign in with my card, so no travel achievement. However, the employee gave me a good game and it was fun. I didn’t play full out, but I played well enough to impress her and she said she’d like to see me play in a real game. So when we walked back to the front counter and there was an appropriate group of guys buying their passes for the next game I was enthused. I said I’d like to purchase a second game so I could go in with this group.


This game was more like it. I played this one out a little bit harder even though they sent me in as a team of one, so I didn’t really need to. The guys were fun…albeit somewhat lighter competition. 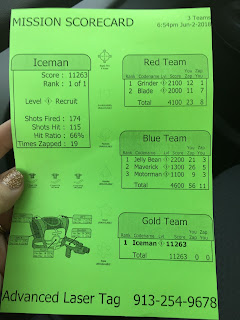 I do wish I had the option to play some advanced laser tag games with a few more advanced players considering the name of the site. 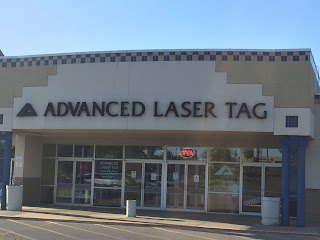 But it was still an enjoyable experience. And next time through Kansas I know what I’ll be wearing (inside joke…just trust me, it’s funny).