Off to Nomad's Land

As I continued touring the northern Connecticut tag scene I stumbled upon a wonderful surprise when I visited Nomad’s Adventure Quest in South Windsor. I arrived just in time to join a group of six players heading into Nomad’s Lost City Laser Battle. I followed them in looking fierce in my Mandarr Mask, lol. 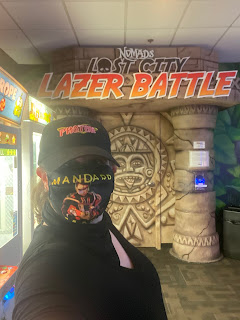 The game master asked if we wanted to play teams or solo and the group decided solo, with the most alpha male of the bunch speaking up confidently that “yeah, the game where I can get the high score”. I was glad to have a mask to hide the smile that spread across my face when I realized I could play a little more intensely now that I knew he thought he had this. But that wasn’t the nice surprise I meant. No, for me the best surprise was this… 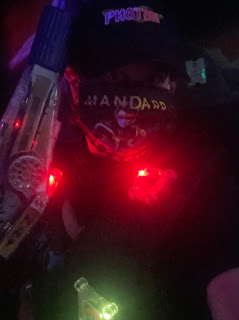 It turns out that about nine months ago this site had installed Helios 2 and I was VERY excited about that. Since obviously it wasn’t in use for most of those nine months the equipment is essentially brand new and played like butter! It’s so nice to play with new gear.

I’m told this site has had laser tag for quite awhile, but the arena had a very fresh and new look to it. A familiar aesthetic, but definitely a sharp looking space. This arena is essentially one level, but does have a raised platform on one side, which is where I played the majority of the game after taking out the two bases right off the bat (flashing rainbow lights as this was solo). This raised area is not a true second level, but does give a little height. And I kind of enjoyed patrolling in front of the volcano. 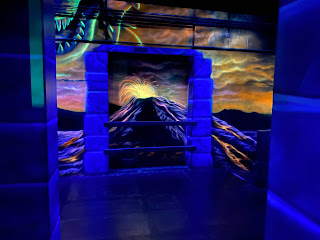 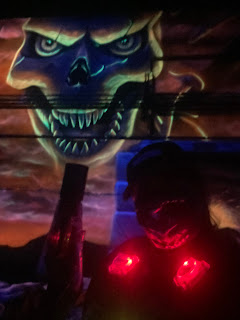 There are also a couple of shallow ramps, but they aren’t really leading you anywhere. 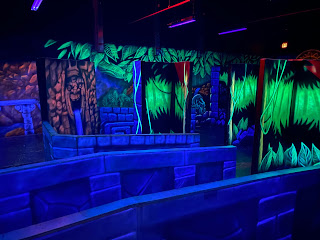 The artwork in the arena is really eye catching and feels like they have taken some time to create a 3D environment, not just falling back on the same wall design throughout. 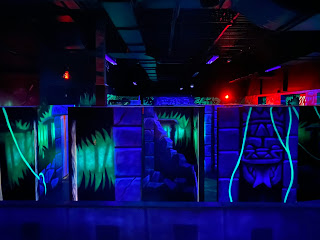 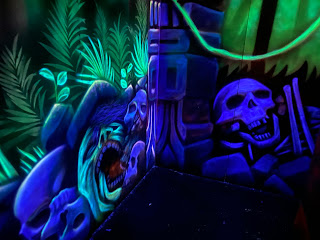 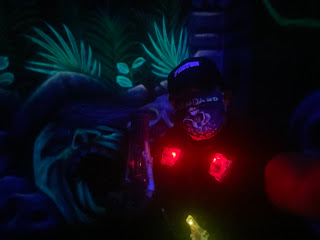 Everyone kept a very safe distance apart, but for the most part the game was played on and around that platform. I kept the one guy in my sight for most of it getting a fair amount of tags in. I honestly don’t know how he did otherwise because I didn’t see the scoreboard. I hung back to take some photos in the arena and when the game master returned he said “spoiler alert, you won” and I smiled once again under my mask.

After the game I inquired about purchasing a t-shirt as a souvenir. When the manager, Infinity, returned with the shirt I made a point of letting her know what a nice surprise it was to play with the Helios 2 equipment because from their website I had expected them to have an older generation of packs. The combination of a great game experience and the packs I have come to take a particular liking to would definitely be enough to bring me back to Nomad’s. Maybe next time I’ll wear my shirt! 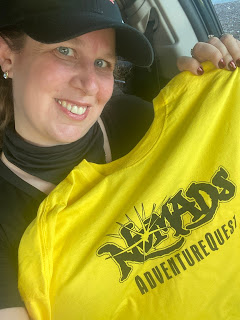 I contemplated spending more time here and getting in a few more games, but I had a full night ahead of me, so like a Nomad I had to move on…but I’ll definitely be back! 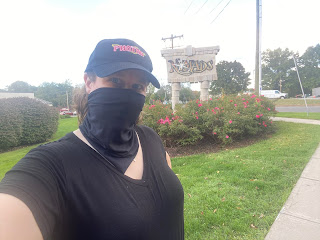