Sometimes timing my visits out is tricky. While I try to play during the afternoon and evening to ensure there will be plenty of other players, sometimes that isn't possible. So when I rolled into Planet Fun in Sharlotte, NC first thing in the morning they had barely opened and I was the first and only customer at that hour.

When I explained that I was a laser tag blogger just passing through and that I'd be happy if I could just do a one on one with an employee in order to experience their arena Leah was very helpful. She said Chance was in the laser tag area, however he turned down the opportunity to play against me, so Leah stepped in. She said she doesn't usually run laser tag so she's less familiar with it so I volunteered to give the briefing session to her! 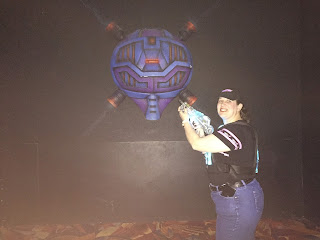 Just last week a few of us a FJ were reciting the briefing rules from memory to prove we could so I was on point with the patter. She told me she wanted me to recite it to some of the other employees to prove someone could memorize it. :)

Planet Fun runs Nexus and they have a nice two level arena... 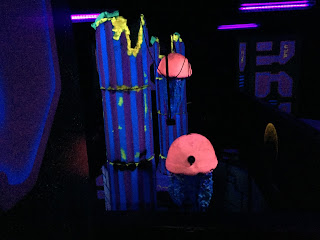 ...and those walls I see everywhere! 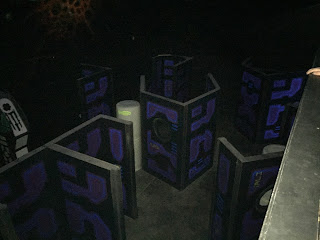 She started the game and we played with a bit of a cat and mouse chase. She did well, but the running around exhausted her while it just got me warmed up for the day! So we called it a game and I thanked her for being a sport and giving me a great start to the day at Planet Fun. 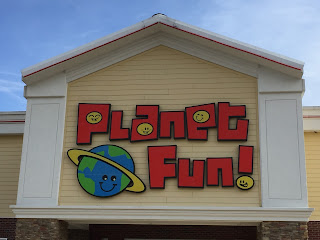