This was one of the strangest games of Tron I've ever played. I visited Star Castle in Savannah, GA. 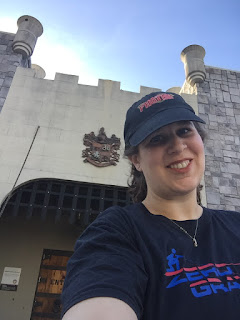 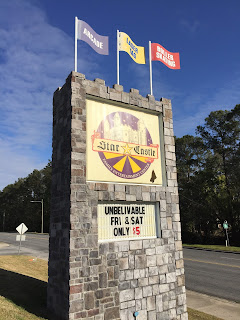 As you can imaging there was a heavily implemented castle theme. 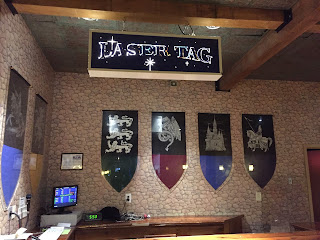 They even have a dragon. 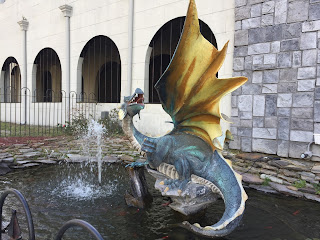 There was a castle outline painted on walls around the typical tube structure of a Tron arena. A couple of bridges gave a tiny bit of height. Then there was a recharge station that only activated after you stood in front for about 3 seconds...that seemed like way too long a lag to re-activate.

There were no older players so they sent me in with a group of kids so obviously I did not play hard at all. Actually, what I did was call out multiple times "be careful, your shoelaces are untied" because they ALL had untied laces! But back to the odd tag... 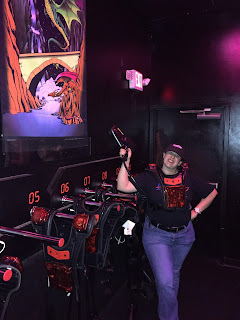 Constant point and shoot rapid fire on high never seemed to run out, so it seemed the recharge station was only for when you ran out of energy/lives, not ammo. There was a large scoreboard inside the arena and to be honest the scoring made no sense to me. It was just a strange game. I will say that the one Tron concept those kids grasped really well was punishing back to base...lol!

All the kids seemed to have fun up until the end. Let's just say the kids on the losing team got a little angry about it. I tried to diffuse the tensions between the teams by reminding everyone to say "good game" to each other, but I don't think that took. Maybe that's just something you learn as you get older...like this guy! 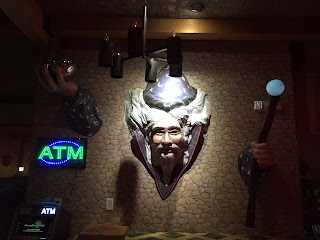 This seems like a good place for kids parties, but I have trouble picturing it as anything more serious. However, it was a fun diversion and now I make this claim... 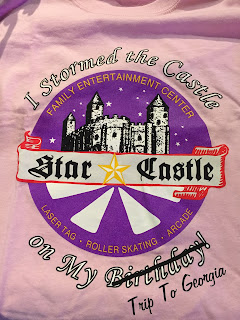