Top Score Ever? (at least here)

I want to thank Wonderworks in Myrtle Beach, SC  for being very accommodating to me when I explained to them that I am a blogger only here to play some laser tag.

Kayla walked me upstairs to the arena. 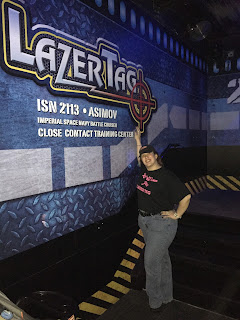 At this Wonderworks they run Lasertron solo free for all. It was clearly a popular attraction with a long line waiting to get into a game. While standing in line I watched the monitor and saw their high scores of the day. I always use that as my minimum goal whenever I play Tron and so I was surprised to see that all I would have to beat was 2370 for top score of the day. Now, the game was only five minutes and there were no bases, so scoring was a bit different. However inside of that five minutes I got a score of 3880 which to me was an ok score, but sufficient enough to meet my goal. 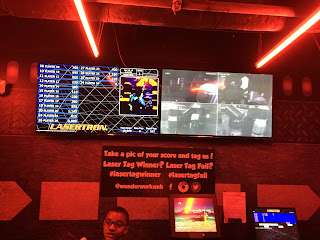 However the game master was a bit surprised. He saw the number and asked who got that score. I said it was me. Then he announced to the entire room that it was not only the high score for the day, but the highest score anyone has EVER gotten at this facility. The previous high score on record before was 3160 he said he didn't think getting higher than that was possible. 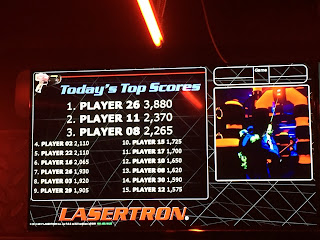 Now this is an entertainment venue on a midway, not a tournament site, so I am not losing perspective on reality. I know in Lasertron world this number is no big deal, but it is kind of cool to think that I left my mark in Myrtle Beach by giving this center a new all time high score.

This definitely made for a fun stop and if you have any doubt how much fun we had just check out the building itself! 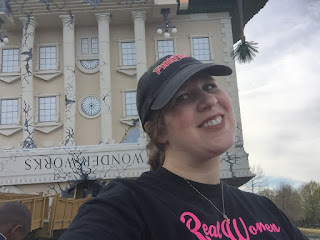 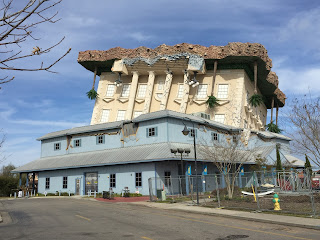 And when the tag was done I spent some time playing tourist in the midway before going back to Fun Warehouse for some more tag to round out the night.