I am definitely glad I had a chance to play some Delta Strike on this trip as that is probably one of the systems I get to experience the least. When I learned about YNOT Have Fun LaserPort in Beaverton, OR I thought they were listed as a Tron site. Well, that was accurate only up until quite recently when they switched over their system to Delta Strike. When I discovered this I also realized that by the time I completed my next stop I would have played six different laser tag systems in one day without repeating any of the systems. I love some tag variety! 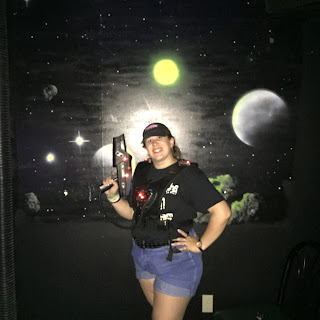 There was a group intending to play, but they opted for dinner in the bar and grill first, so that gave me a chance to get a tour of the arena and check out the new equipment. I can say this was the best functioning Delta Strike that I have ever experienced. 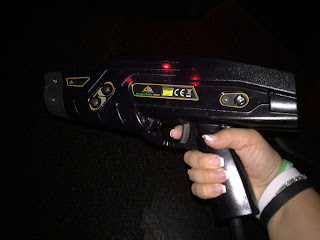 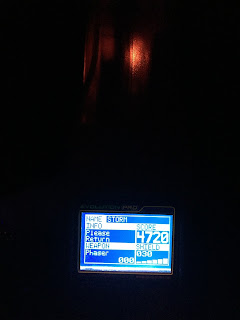 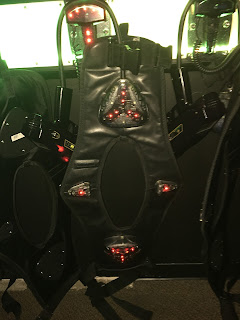 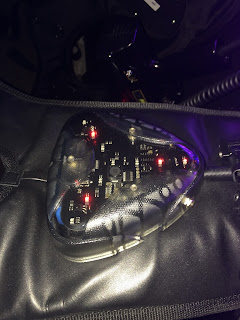 Game master William walked me through the arena and it was very clearly a former Tron arena. It even had a disco ball hanging from the ceiling! 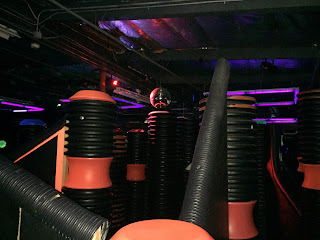 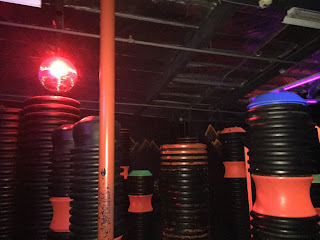 But there were some new additions that I had not seen in the previous Delta Strike locations I have played. Like this power-up station…

When we finally played I had a great time. Brand new laser tag equipment is so much fun!


After the game we checked our scores. I had played as Storm (ha-ha…playing as Storm in a Tron arena using Delta Strike packs…well, some of these things may just be amusing to me). 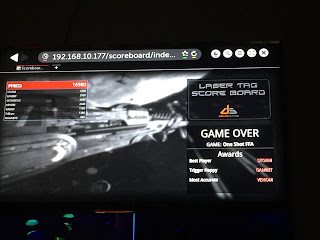 Then I bought a couple of souvenir card holders and some Dippin’ Dots to enjoy while I contemplated the remainder of my journey ahead. I would be in Washington soon and then taking a Delta flight up to Alaska. That’s what made me think up this little joke that may also be amusing only to me…


Q: What’s the only thing that could ruin my trip to play laser tag in Alaska?
A: A Delta Strike! (tee-hee)


I can be so corny! But that’s how I ended my time visiting YNOT Have Fun. And if you have occasion to be in Beaverton, OR then I say YNOT stop by for some fun! 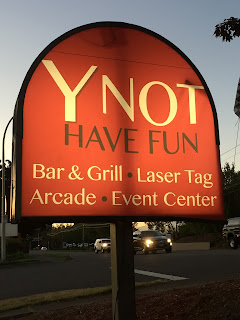