It was minutes after they opened for the day that I rolled into Zaps Zone, a Lasertron site owned by Paul and Carly who greeted me as I walked through the door. 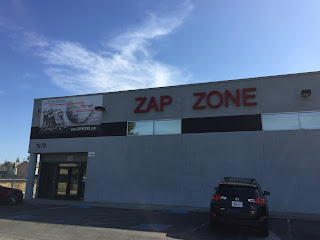 I knew I was the first and only person there at that hour, however they said a party group of teenagers would be arriving shortly and that I would be welcome to join them. Meanwhile, they were kind enough to give ma a tour of their double level arena, which they told me was about 6000 square feet. 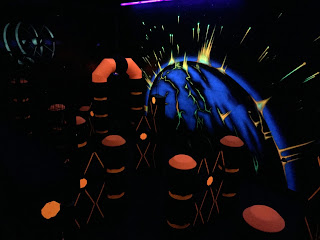 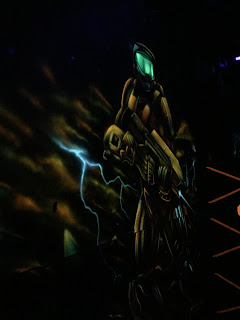 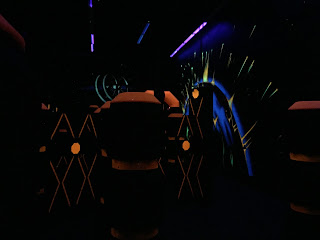 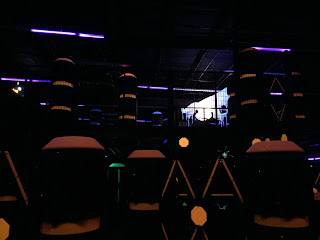 I didn’t half to wait long before the birthday girl, Vina, arrived ahead of the rest of her group. Since we were both there early we thought it would be fun to play a 1v1 game against each other. This was actually great because I love the cat and mouse element of this kind of game way more enjoyable to me than the constant running back and forth to a recharge station, so we both looked at this as a good warm-up game and she was great fun to play against. 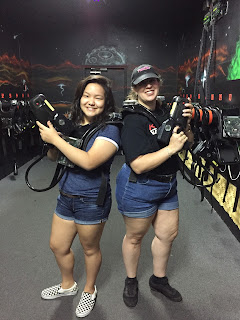 By the time that first game was over some of her group was starting to arrive and I thought it was the right time to keep on moving down the road to my next stop. However they sent me away with a membership card so I would have a nice little souvenir of my visit to Zaps Zone! 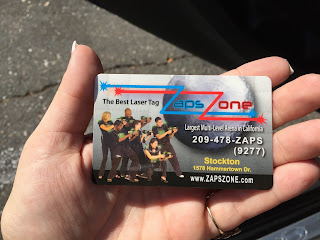