When I pulled up to Laser X at Country Club Lanes in Sacramento something told me that this place was going to be fun and maybe something a little bit different. I had expected it to be a small add-on attraction to a bowling alley (as that’s often the case with arenas inside of bowling or skating rinks), but instead I was pleasantly surprised that from the moment I arrived it had an incredibly cool vibe. 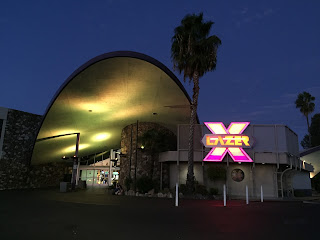 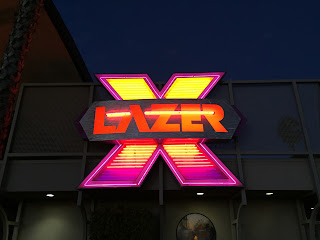 I had played a Laser X in Ft. Wayne Indiana and was not sure if these places were related (the logo was similar, but I don’t think it was exactly the same), however Indiana was a Cyber Blast site and this arena was operating Helios Pro so I was really excited to play the first Zone game of my trip. This is one of my favorite systems! 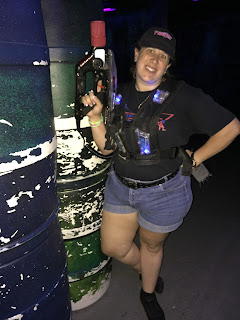 I arrived just as a game was going into the briefing room. It was immediately obvious that some of these players were regulars at this site. I took a moment to look around the arena, which had a slightly weathered industrial space theme. 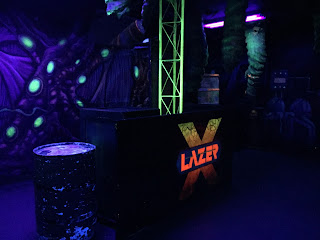 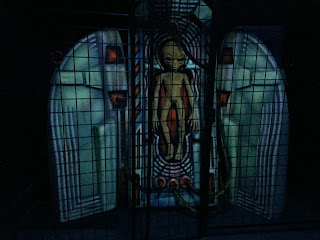 A group of the regulars welcomed me to their team and immediately started giving me instructions, which made me smile. Then I told them to smile for the blog! 😊 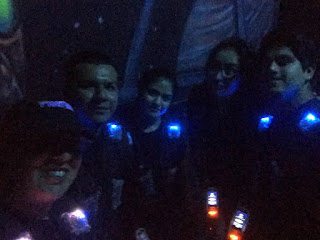 However, I listened intently when they showed me this piece of tech that I had not yet seen in any other Zone arena before. Basically this was a station in the arena that would give you power-ups when you stood on it between the disc on the floor and another disc located above your head. This was interesting to see and I wonder how many places have it since I was seeing it for the first time. 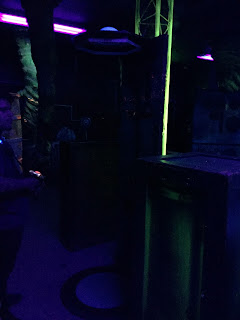 While not an enormous arena, this site was bigger than it looked. There was a second level on one end and, sure, that makes for an unbalanced space, but what really caught my attention was that there were stairs going up to the top. I don’t see this very often and am always surprised when I do. I know they instruct people not to run, but I’d also bet that there are kids who come in here and totally disregard that instruction. For me, I opted to play mostly ground level.


Before we started I pulled out my Zone membership card and swiped it against my vest to see if I could activate my player name. It worked beautifully and at the end of the game “Tivia” appeared on the screen with the top score of the game, which is always nice to see. I chatted with one of the staff members about my impressions of the game and purchased a couple of t-shirts before leaving the site and heading the short distance to my next stop where I had plans to meet up with a local friend. Had a great time and wish I could have stayed a little longer! 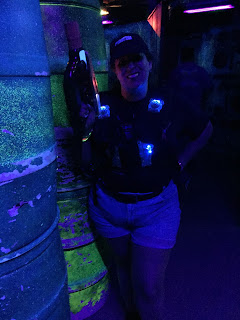