The Laser Fun Zone in Lacey, WA opened a little later in the day so I had to backtrack a bit to get there to play some Helios. Although it was mid-afternoon by the time I got there it was still too early to find other players there so I asked the two guys behind the counter if one of them might go 1v1 against me. Mitchell and Leland said sure and asked which one I wanted to play against. When Leland also volunteered that he had some police training I said absolutely I wanted to play against him. So we vested up. 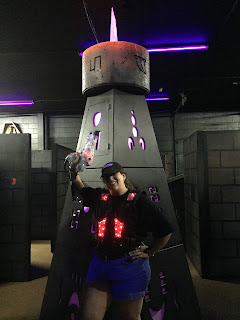 He knew the arena well, but I had a kind of sixth sense for which direction he was going to go and I was definitely on my game. I’m not sure, but I may have even tired him out some because in the middle of the game he called in Mitchell to vest up and take his place. Tag team tag? Sure, why not! 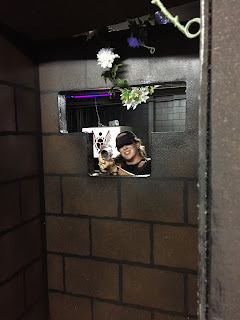 The arena was a basic design I’ve seen many times before. There were raised levels at either end of the arena with a giant pharoah’s head for décor. 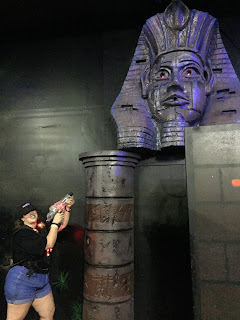 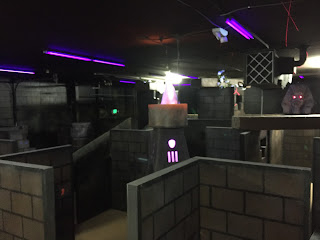 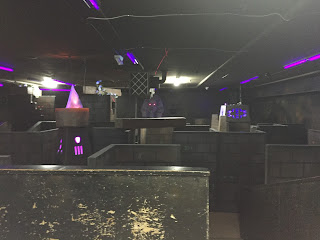 Both of the guys played a good game and I thanked them for the chance to play their arena. Leland was kind enough to give me a card to take back for a discount if ever I make my way back to Washington again. 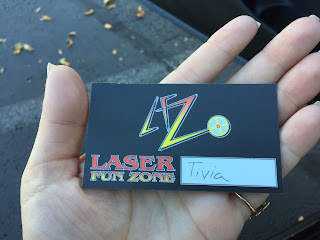 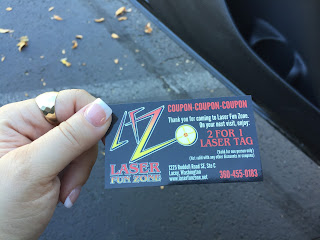 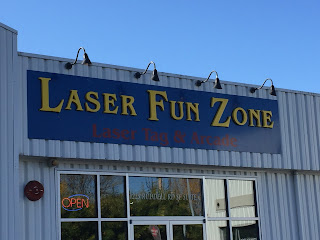