Snake Eggs and Other Cool Things About Wunderland

here are three cool things that really stood out to me during my visit to Wunderland of Gresham, OR…the incredibly affordable price per game, the absolutely GORGEOUS western theme arena and the snake eggs. Let’s talk about this really fun Laserforce site. 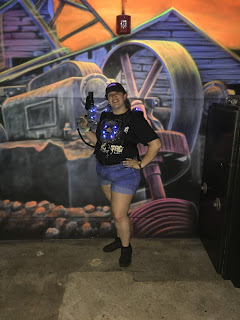 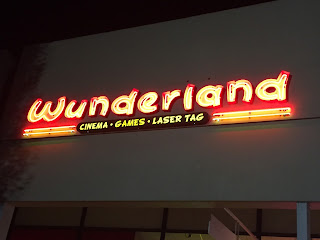 First of all, when I bought my ticket for the 9:00 PM game I was ready to pay a typical tag price (usually it's around $7 or $8 dollars for a single game). However, the cost for an individual game here was only $4.25. I was surprised it was so low so I asked if I was catching some kind of weeknight special discount. The guy behind the counter told me that no, $4.25 was their regular price and if I showed up on their discount night it would be $3.25 per game. OMG, that might even be less than it cost for a round of Photon 30 years ago! Such a great value for a session of Laserforce. 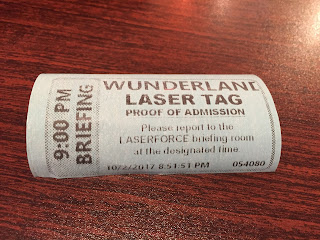 I sat down to watch their custom briefing video (which was cute) and then we entered one of the most attractive arenas I have ever seen. There was a wild west theme throughout, but lots of color and beautiful design elements everywhere. 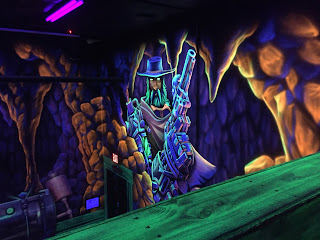 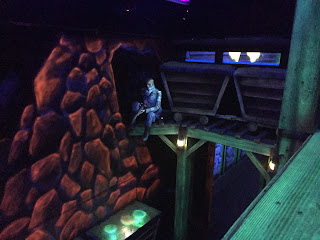 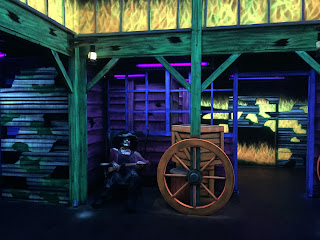 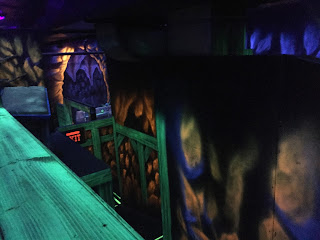 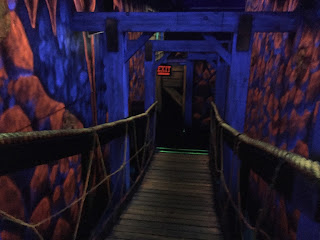 And there was one special element I was really excited about. Not too long ago Beanz told me about an arena I would soon have to visit in Las Vegas and he told me it has a dinosaur theme with dino eggs to target. I tucked that piece of info away and remembered it only when I was exploring this arena and came upon… 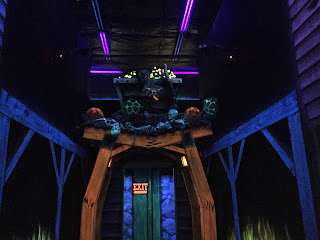 …a giant snake with eggs to target! Upon shooting the eggs several times the mama snake wakes up angrily and opens her mouth to reveal a base-like target that fires back at the offender who was “harming her babies”. This was very creative and the most memorable element of the arena. So I got to experience this feature sooner rather than later and it was a Laserforce first for me.

My only tiny regret is that they were unable to read my Laserforce membership card from Syracuse, so if there were an achievement to be gained from the snake eggs I wasn’t able to claim it. But I got one of their member cards to take back with me anyhow. 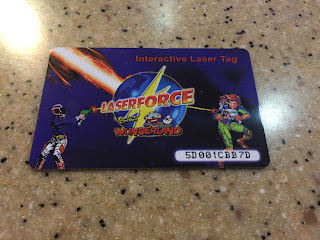 I had a great time playing at Wunderland in their Lost Mine Expedition laser tag arena and really wish I had more time to spend there.

I do want to take a moment to address what was going on elsewhere while I was up in Oregon at these tag sites. While I have written up my posts about this trip after the fact, I was actually traveling up the west coast on the days immediately before and after the atrocious Las Vegas concert attack. I am grateful that the people I know personally in Las Vegas escaped injury, however right after this stop to Wunderland I made contact with one of my friends who works for Laserforce and happened to be doing an equipment install for a new laser tag site in Las Vegas during exactly this same time period. He told me that he and one of our mutual friends were there to install the system for this future tag arena and they opted to take a cab back to their hotel from the strip instead of walking. Apparently that decision is the only thing that kept them from being right on the strip during the shootings and if they had walked back instead they would have been right in the middle of it too. Instead they heard the shots from their hotel across the street from the Mandalay Bay. I simply don’t have words to express my feelings for all who were there and for the individuals and families of those injured or killed during the attack. My heart is with all who were there and with our country as we all deal with the aftermath of this terrible event.